The mother has been reading The Ramayana. She is especially fond of the Sundarakandam. For a few months, any good is attributed to the Sundarakandam readings. Anything bad is soothed away with the assurance that her Sundarakandam chantings will make it better. It takes her several weeks to make it through a complete reading. The Ramayana is a long epic, and lilts rhythmically. Reading this epic soothes her, and every now and then with touching belief, she has a go at it.

I like the Ramayana too for its main storyline, and its myriad side stories. I do think Sita could have been a pluckier heroine, but then I remember that these tales were passed down from one generation to the next, each one, quite probably, embellishing the epics a little to make sure their ideal version of the woman is subtly inserted in there. (Another post for another day)

It is interesting to think of how our epics and ballads have helped shape human history. Artifacts and natural phenomena shaped our myths, and particularly gifted story-tellers were always a treasured people. We truly believed that story-telling was the single distinguishing feature of our species. After all, imagination is a task much higher on the cognitive scale than living & feeling. 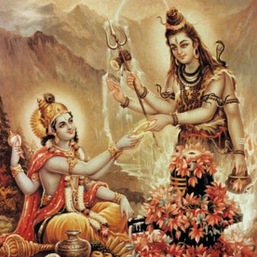 ‘Did you know? We used to have a Professor who could chant every verse and explain it so beautifully? From memory! In those days, our professors used to remember Shakespeare, entire Sanskrit texts, and eloquently recite from memory. ‘ said the father, and waxed as eloquently about the good old days; his fervor growing as he spoke of the stellar nature of his professors, about how they learnt and memorized Shakespeare and the Sanskrit texts from their forefathers.

I smiled at the pride in his voice when he thought of his long-dead professors. For millennia we thought we were the only ones capable of passing on this kind of generational wisdom and knowledge. But that is not the case. Take the enormously intelligent whales and dolphins for instance. Carl Sagan, the physicist, writes about these intelligent creatures often. In his essay on dolphin sounds, he writes of Elvar the Dolphin who knows up to 50 English sounds and can use them in context. 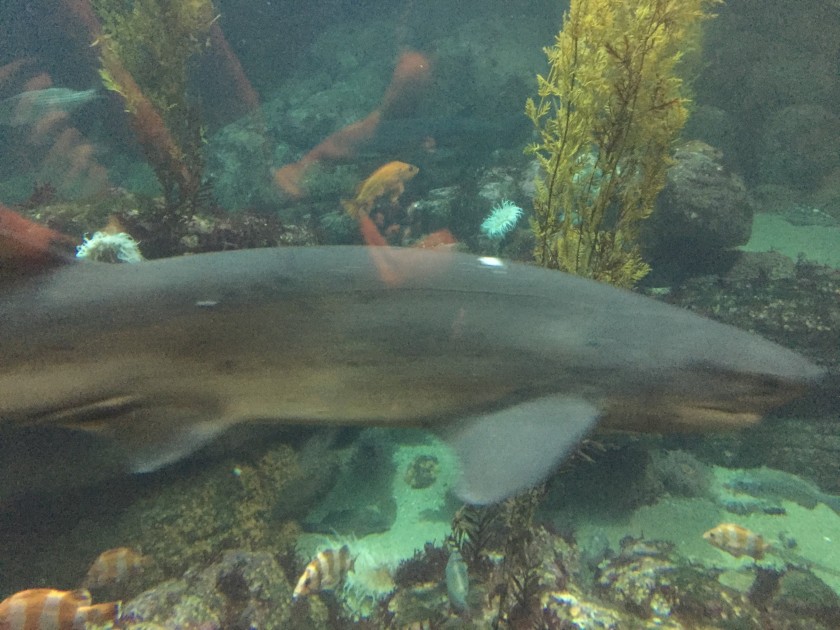 Quote from Cosmos by Carl Sagan:

Some whale sounds are called songs, but we are still ignorant of their true nature and meaning. They range over a broad band of frequencies, down to well below the lowest sound the human ear can detect. A typical whale song lasts for perhaps 15 minutes; the longest about an hour. Often it is repeated, identically beat for beat, measure for measure, note for note.

Very often, the members of the group will sing the same song together. By some mutual consensus, some collaborative song-writing, the piece changes month by month, slowly and predictably. These vocalizations are complex. If the songs of the humpback whale are enunciated as a tonal language, the total information content, the number of bits of information in such songs, is some 10 to the power of 6 bits, about the same as the information content of the Iliad or the Odyssey.

I would love to hear and understand the generational wisdom that these large benevolent creatures have for living in the oceans. The ever changing oceans must be a rich source of material. Do they have heroes vs villains, good vs evil, or things much more complex and intriguing than simple story lines like that?

They have no manipulative organs, they make no engineering constructs, but they are social creatures. They hunt, swim, fish, browse, frolic, mate, play, run from predators. There may be a great deal to talk about.

If human beings have a fault, it is assuming our anthropomorphic abilities are the pinnacle of what is possible. I must remember that until recently, we did not know whale songs existed.

The sea is as near as we come to another world. – Ann Stevenson 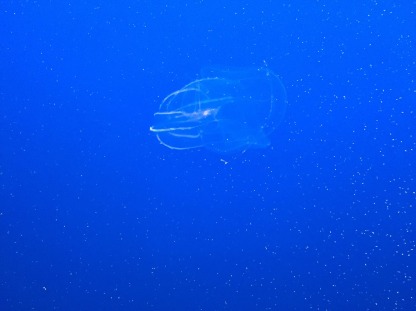 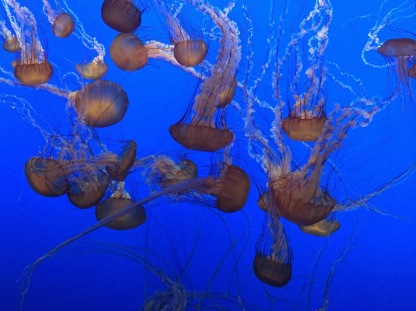 Coming up next: The Inner Life of Animals